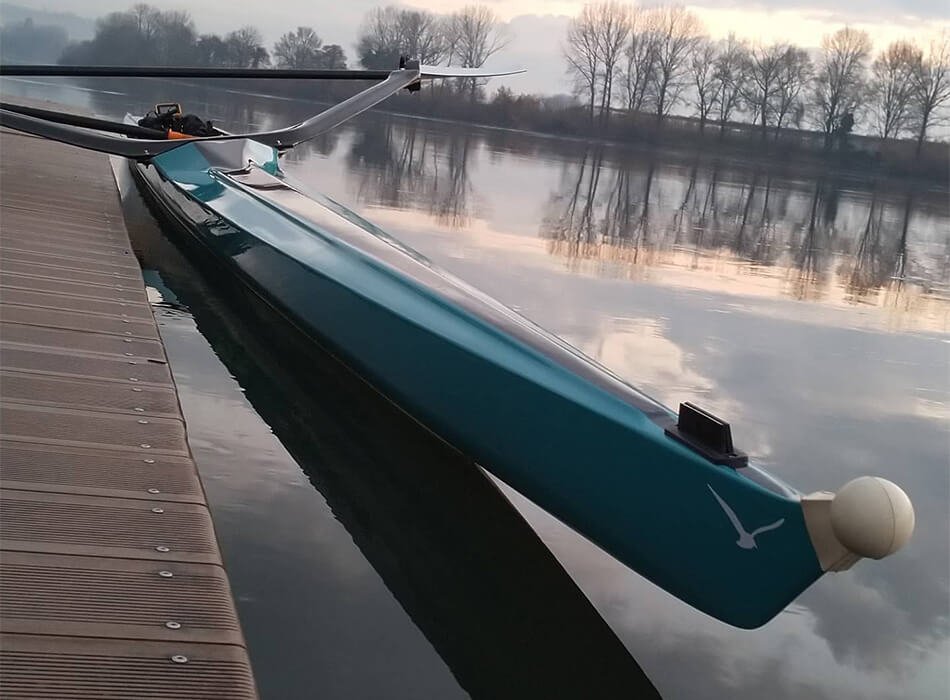 Its “U” shaped hull and its more linear and crease-free structure creates the perfect homogeneity for the boat’s position in the water, as well as the position of the rower inside it.

Its more reinforced structure at the base where the rigger rests, allows the annulment of the small vibration existing in the attack and at the end of the stroke, meaning the total use of the force exerted in the stroke that is transported entirely to the speed of the boat.

Its “vertebral spine”, which can be admired through naked eye, gives to this creation of Ave Rowing Boats the rigidity and linearity desired in a high-competition skiff, because, as we all know, the greater the boat’s hardness and rigidity, the smaller the movements contrary to the straight movement of the boat.

No less important than the hull, we also have the rigger of the SUSO model, which, with its more creased and flattened design, as well as its extreme rigidity, provides the necessary aerodynamics when what we want is to fly close to the water.